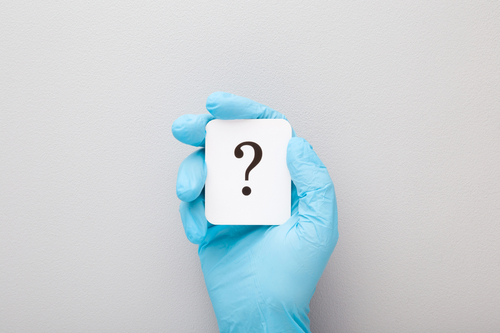 One of the most common questions we hear from licensed dental healthcare professionals when considering the prospect of dropping their federal Drug Enforcement Agency (DEA) permit is “Can I do that?”

The answer is “Yes you can”.

Your professional license issued by the state in which you practice affords the ability to conduct patient care within the parameters set by law. This includes the ability to prescribe medications within the scope of those parameters including controlled substances – except for the requirement if you wish to prescribe same, you must obtain a federal permit from the US Drug Enforcement Administration to do so. Occasionally states may also require you obtain a state permit, but it is solely dependent on those states alone.

So, to reiterate: you are NEVER under any mandate, any requirement whatsoever to possess a federal DEA permit unless the scope of your practice requires itself. Beyond that, it is a choice.

We teach this in our state mandated safe opiate prescribing courses for dentists. In many ways, this is a benefit of practicing dentistry – even more so – it obviates the requirement for this continuing education not to mention the cost of the DEA permit. Check out our course offerings to find out more. 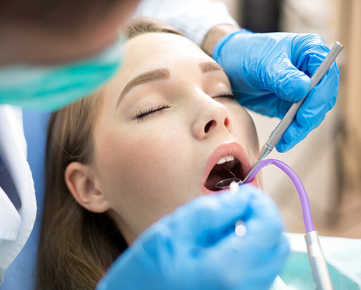 We continuously endorse the use of over-the-counter analgesics (non-opiate multi-modal therapy) such as Advil (Ibuprofen), Aleve (Naproxen), and Tylenol (Acetaminophen) – alone or in combination – for most – if not all dental procedures…including surgery. In fact, we train doctors who participate in our state mandated opiate compliance webinar “Strategies For Acute Pain Management In Dentistry” how to move toward an opiate-free practice to ultimately forego their DEA registration.

There are, however, some exceptions. If, for example, you administer any form of sedation or general anesthesia dropping your DEA registration is a non-starter. But even if you don’t, some dentists may feel they need to retain their DEA permit to afford the ability to prescribe sedative agents like a benzodiazepine for their more anxious patients.

I wrote this brief article and published it on LinkedIn almost 5 years ago. With regard to the need to prescribe sedative agents – without a DEA permit – let me reintroduce all of you to Clonidine – again – for the first time!

While clinicians should be mindful that many of the peri-operative applications of alpha-2 agonists – like Clonidine – remain off label, there are nevertheless many good reasons to consider it’s prospective use on a more routine basis.

Clonidine is an imidazoline alpha-2 adrenergic agonist which was originally approved by the FDA in 1974 (Catapres – BI) as an antihypertensive agent. It’s use was initially limited by reports of Clonidine Withdrawal Syndrome – a symptom complex consisting of hypertension, tachycardia, agitation, and insomnia. However, it’s use has been repurposed resulting in unlabeled uses for ADHD, opiate and alcohol withdrawal, smoking cessation, mania and psychosis, and Tourette Syndrome to name a few. In 2010, extended release Clonidine was approved by the FDA for ADHD. It has also been used as a peri-operative adjuvant for anesthesia.

Here are 10 good reasons to consider the administration of Clonidine more routinely as a premedication for office-based anesthesia:

Within the context of peri-operative use of Clonidine, there are few reports of activities consistent with syndromic withdrawal. It is safe and effective with a wide margin-of-safety.

Activation of alpha-2 receptors in the locus caeruleus – a small neuronal nucleus in the upper part of the brainstem which is responsible for wakefulness – results in sedation and anxiolysis. It is, however, devoid of any the addictive potential so commonly demonstrated by other, more commonly utilized agents, i.e. benzodiazepines.

The native activity of alpha-2 adrenergic agonism is sympatholytic resulting in a blunting of central sympathetic outflow – meaning the “fight-flight” system is down regulated.

Clonidine is the most widely studied alpha agonist for shivering control. It lowers the threshold for vasoconstriction in a linear dose response and is as effective as meperidine in termination.

Because Clonidine produces anxiolysis & sedation in addition to it’s native alpha-2 agonist activities, it is an ideal agent to use for patients with situational anxiety who are otherwise normotensive.

8) Provides another site of action in balanced anesthesia

Balanced anesthesia depends upon the administration of multiple agents with activity at differing loci and mechanisms of action. The advantage of this approach is lower overall dosages of all drugs resulting in greater safety and quicker recovery.

A plethora of studies have shown that a2 agonists when employed either alone or in combination with local anesthetics or opiate narcotics are highly effective adjuvants in the treatment of short-term pain.

While clinicians should be mindful that many of the peri-operative applications of alpha-2 agonists – like Clonidine – remain off label, there are many good reasons to consider it’s prospective use on a more routine basis. Though it may occasionally produce hypotension and bradycardia in a younger demographic, these patients often possess enough reserve so as to minimize the cardiovascular impact notwithstanding any appropriate intervention to address same. In an older population, the sedative effects of Clonidine – coupled with it’s native sympatholytic effects – make it the perfect pre-medication for management of situational anxiety in otherwise normotensive patients.

I have used Clonidine – safely – on a routine basis as a pre-medication for office based anesthesia for over 10 years mostly in combination with a weight based dosage of alprazolam. Please feel free to inquire more about the technique.